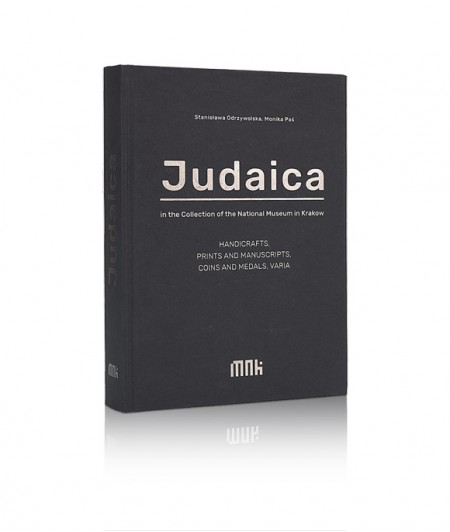 Judaica in the Collection of the National Museum in Krakow

The collection of Judaica of the National Museum in Krakow has not been published as a whole before.

The study coming out in 2018, preceded by the description of how Judaica collection was created at the NMK, shows objects of artistic craft divided into several thematic groups, according to the adopted order of discussing traditional Jewish culture. The first chapter presents objects of synagogue cult and synagogue furnishings, the second – objects related to family festivals, and the third - those used during other festive rituals. The following chapter includes quite scarce prints and manuscripts, and the next one – a selection of coins, notes and medals. The last chapter includes objects falling out of the aforementioned categories and those that were difficult to qualify as Judaica. In total, the work contains 388 notes of objects that in many cases were given comprehensive glosses, in addition to basic descriptions. It should be mentioned here that many of them have been published for the first time. Furthermore, except for prints and manuscripts (forming quite a random collection) and varia (too diverse to be preceded by a synthetic introduction), the remaining object groups have been given introductory notes describing individual issues and characterizing the context of the creation of the objects as well as the way they functioned in the Jewish culture. The study contains an impressive number of 600 photographs, showing selected details of the objects, as well as goldsmiths’ and other signatures.

.The text is complemented with: the list of Hebrew inscriptions found on the craft objects together with their translations; the list of places the exhibits included in the study originate from, together with basic demographic and statistical data related to Jewish communities that used to inhabit them; the annex with the list of craft purchases from the years 1935–1939, i.e. a crucial period in the creation of this collection; the list of bibliographic abbreviations and index of persons. Hence, this publication meets all the requirements of a scientific literature with the critical apparatus, becoming an assistance for the researchers of this area of art.

Due to its diversity, the Krakow collection allows one to become familiar with details related to the rituals and celebrations of Jewish synagogues and its publication will open new areas of research as far as Jewish tradition in Polish culture is concerned.

The main aim will be to introduce a few hundred objects of Jewish culture, which have been largely unknown, to the contemporary areas of study. 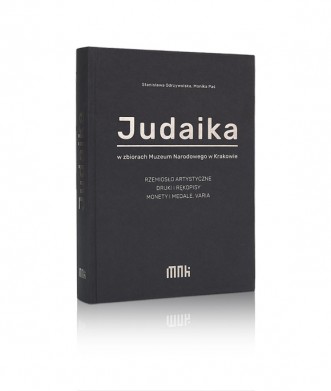